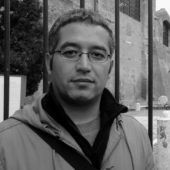 He engaged in over 100 Films, Drama, Short films, Documentary Films and over 400 commercial films in TV and cinema during his artistic life. Most recent ones are: